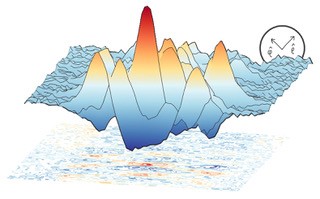 Cold atoms provide an efficient tool to study the dynamics of interacting quantum many-body systems. In one dimensional BECs intriguing phenomena have been already observed, as well as the emergence of a prethermalized state and, on longer time scales, the recurrence of coherence and long range order [1]. A major role in these processes is played by phonons, specifically the out of equilibrium properties of such systems can be described in terms of phonons’ dephasing, though a full comprehension of these mechanisms is still missing. Therefore explaining them would allows us to investigate the dynamics of the system at his roots.
In the talk I will present recent results where we are able to excite the lowest phonon modes individually. We work with a 87Rb BEC prepared in a box trap, and the protocol we implement consists in driving the system in resonance with one of the modes’ frequency. Our observables are the density fluctuations, that we capture via absorption imaging after a short time of flight. Doing so we can monitor the growth of the mode during the driving and his behaviour during the subsequent free evolution.
Reference: [1] Rauer et al., Science 360, 307 (2018)
Hosts: Nir Navon (nir.navon@yale.edu) & Leonid Glazman (leonid.glazman@yale.edu)