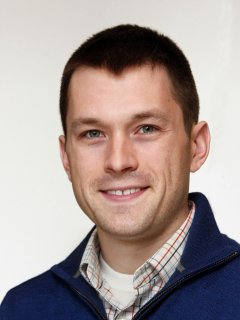 Atomic systems are at the frontier of many areas of quantum science and technology, including sensing and metrology, quantum simulation and quantum information processing. In this talk, I will present our work on developing novel atomic systems to advance these applications.
In the first part, I will discuss our work with rare earth atom defects in solid crystalline hosts, in particular Erbium (Er3+). In comparison to color centers such as the NV center, rare earth atoms have a number of unique advantages including a high degree of isolation from the solid-state environment, telecom-wavelength photon emission and compatibility with a broad range of host materials. However, owing to their weak photon emission, individual Erbium atoms have never been directly observed. We overcome this challenge by engineering their optical transitions with silicon nanophotonic circuits. Based on this platform, we have demonstrated the first atomic source of single photons in the telecom band, as well as the first high-fidelity single-shot readout of an individual rare earth electron spin. Furthermore, we have demonstrated optical manipulation and single-shot readout of multiple atoms with spacings below the diffraction limit of light, using a novel frequency-domain super-resolution technique, which is promising for eventually manipulating dense atomic arrays with strong spin-spin interactions. Lastly, we have demonstrated reliable incorporation of Er3+ into several novel host crystals using ion implantation, including several with low magnetic noise from nuclear spins. These are promising steps towards realizing quantum technologies such as telecom-band quantum networks, as well as controllable, coherent strongly-interacting spin systems.
In the second part of my talk, I will discuss a new platform for laser-cooled atoms in optical tweezers based on Ytterbium (Yb). Alkali atoms in optical traps are a workhorse platform for quantum simulation, and recent work has shown that excitations to strongly-interacting Rydberg states can be used to realize controllable, high-fidelity quantum logic operations. We have extended these ideas to alkaline earth atoms, which should enable significantly improved performance through their unique electronic structure. I will discuss these ideas as well as the experimental approach we have used to create 144-site arrays of individually trapped Yb atoms. In addition, I will present novel spectroscopy of previously un-observed Yb Rydberg series, and recent results on Rydberg excitation of single Yb atoms in optical tweezers and trapping of Yb Rydberg states using the Yb+ ion core. I will conclude with an outlook towards implementing high-fidelity multi-qubit gates in the nuclear spins of 171Yb, and if time permits, discuss prospects for a radically different approach based on circular Rydberg states.
Host: Steven Girvin
https://yale.zoom.us/j/860280450
Meeting ID 860 280 450