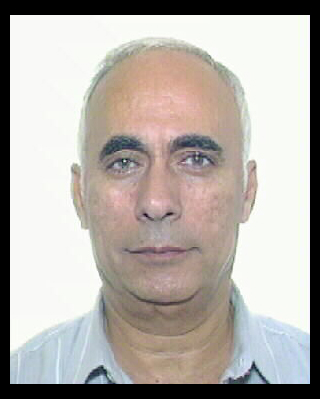 On November 30, 2020 Elia Mikhail who was a technician for physics passed away in Shelton, CT at the age of 85. Elia retired in 2008 after over 40 years working for PHYS 165L/PHYS 166L. See below the obituary from Beecher & Bennett Funeral Service. Our heartfelt condolences go out to his family.

Elia Hanna Mikhail, of Shelton, passed away on November 30, 2020 at the age of 85. He was the beloved husband of 50 years to Phyllis Leavstom Mikhail. Elia was born in Egypt on August 6, 1935, a son of the late Hanna and Faika Ibrahim Mikhail. He graduated from Ain Shams University in Cairo, Egypt, and went on to be a high school chemistry teacher. Elia later came to the US in 1968, where he received his Masters Degree from Southern Connecticut State University. He became the lab manager of the Yale Physics Department for over 40 years and also spent time as an agent with ERA Ft. Hale Realty. He owned and managed two three-family homes in New Haven, planning ahead so that his children would have no college debt after graduation. Elia was a founder and longtime active board member of Virgin Mary & Archangel Michael Coptic Orthodox Church in Hamden. He loved taking care of his vegetable garden, taking scenic drives with his wife, spending time with family, watching his grandchildren grow, and was always there to help a friend in need. Elia was also well known for writing farewell poems at work whenever someone moved on to a new role or retired. He had a great sense of humor, and was often found after church services with a group of friends laughing until they cried.

Besides his wife, Elia is survived by his children; son, David Elia Mikhail of Hamden; daughter, Maria Mikhail Volpe and her husband Gregory of New Hill, NC; and grandsons, Mason & Noah Volpe. Predeceased by his two brothers, Nathan and Mikhail, and his sister, Zizif Hanna Mikhail.

A private prayer service celebrating Elia’s life took place in his beloved church last week and he was laid to rest in Centerville Cemetery.