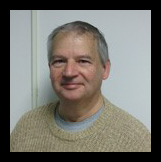 February 21, 2020
Dear all,
It is with a heavy heart that I share with you the sad news about the passing of our friend and colleague Dick Majka. Please see the note below from John and Helen. We will keep you posted about the arrangements for his memorial.
I would like to remind you of the resources we have on Yale campus as you grieve and process this sad news. Yale Mental Health & Counseling is available if you would like to talk to people professionally trained to help.  https://yalehealth.yale.edu/directory/departments/mental-health-counseling
Sincerely,
Karsten Heeger
=====
It is with great sadness that we pass along the news that our friend and colleague Dick Majka passed away yesterday morning. This sudden loss comes as a shock to us all, the field has lost one of our key hardware experts. More personally, we will miss his presence and often humorous contributions to our wide ranging lunch conversations.
Dick came to Yale as a graduate student, and, apart from a brief stay at LBNL as a Research Scientist, remained at Yale working first with Jack Sandweiss and more recently with the two of us in the Relativistic Heavy Ion Group. He was always interested and involved in designing and testing new detectors. Early in his career he worked on the first TPC, the SLAC PEP-4 TPC, and the high resolution streamer chamber of E630 at Fermilab. He was also the co-Spokesperson of the E864 and E941 experiments at the Brookhaven AGS.  In 1999 he joined STAR and has been an active participant ever since. He was the STAR Upgrades Chair from 2003-2008 and was still the on-call expert for the GMT. In ALICE he was the Yale project manager for the EMCal supermodel assembly and had just seen the successful installation of the TPC’s new inner readout chambers (IROC) of which he was the subsystem project manager. With that project nearing completion he was increasing his activities in detector R&D discussions for the future Electron Ion Collider. Outside of Relativistic Heavy Ions, Dick was a long-time collaborator on Alpha Magnetic Spectrometer (AMS) experiment on the International Space Station and was involved in other projects, including a search for strange quark matter in lunar soil.
Outside of physics Dick was a fan of the theater, often traveling into New York to attend shows, a supporter of local musicians here in new Haven, and an avid hiker, serving on the Board of Directors for the Sleeping Giant State Park.
He will be deeply missed by everyone in our group.
John and Helen