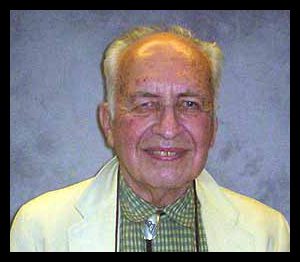 On September 28, 2020 Robert K. Adair,  Yale University Sterling Professor Emeritus of Physics and former Chair of the Physics Department died in Hamden, CT at the age of 96. See below the obituary from the New Haven Register. Our thoughts go out to his family.

Robert K. Adair, Member of the National Academy of Sciences and Yale University Sterling Professor Emeritus of Physics died in Hamden on September 28, 2020 aged 96. Despite a distinguished career in particle physics Bob joked he was best known for his appointment by Baseball Commissioner Bart Giamatti as Physicist to the National League and for his book “The Physics of Baseball.” Born August 14, 1924 in Fort Wayne, IN, he grew up in Milwaukee and attended the University of Wisconsin. A combat wounded WWII Veteran, he was awarded a Bronze Star and Purple Heart. After earning a PhD in experimental physics at the University of Wisconsin in 1951, he worked at Brookhaven National Laboratory until joining the Yale faculty in 1959, where he served as chair of the Physics Department and director of the Division of Physical Sciences, and was awarded the DeVane medal for excellence in teaching. After a distinguished career in weak interaction physics he was elected a member of the National Academy in 1976, He served as Assoc. Director for High Energy & Nuclear Physics at Brookhaven from 1987 to 1988, received an honorary D.Sc from the University of Wisconsin in 1994 and was elected Fellow of the American Academy of Arts & Sciences in 1997. He was predeceased by his beloved wife Eleanor R. Adair and son James Adair, and is survived by son Douglas Adair of Aurora, OR, daughter Margaret Quinn of Bethany, CT, two grandchildren and four great-grandchildren.