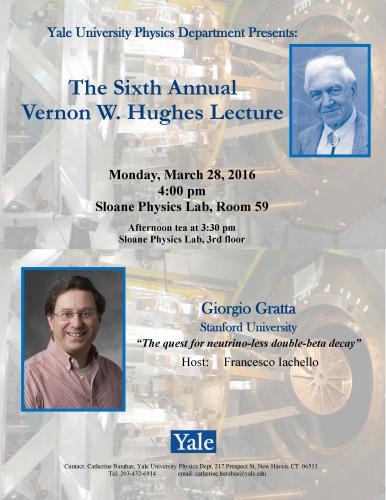 Neutrinos, the only neutral elementary fermions, have provided us with many surprises. Flavor oscillations reveal the non-conservation of the lepton flavor number and demonstrate that neutrino masses are finite; yet they are surprisingly much smaller that those of other fermions (by at least six orders of magnitude!) It is then natural to ask if the mechanism providing the mass to neutrinos is the same that gives masses to the other (charged) elementary particles and if neutrinos are described by 4-component Dirac wavefunctions or, as possible for neutral particles, by 2-component Majorana ones.

The hypothetical phenomenon of neutrino-less double-beta decay can probe the Majorana nature of neutrinos and the conservation of the total lepton number. It may also help elucidating the origins of mass in the neutrino sector.

Following the well known principle that there is no free lunch in life, interesting half-lives for neutrino-less double-beta decay exceed 10^25 years (or ~10^15 times the age of the Universe!) making experiments rather challenging. I will review the experimental situation world-wide and describe in more detail the EXO program, including the recent measurements by EXO-200 and the plans for a 5-ton enriched Xe detector, nEXO, that will have a sensitivity to Majorana masses below 10 meV.