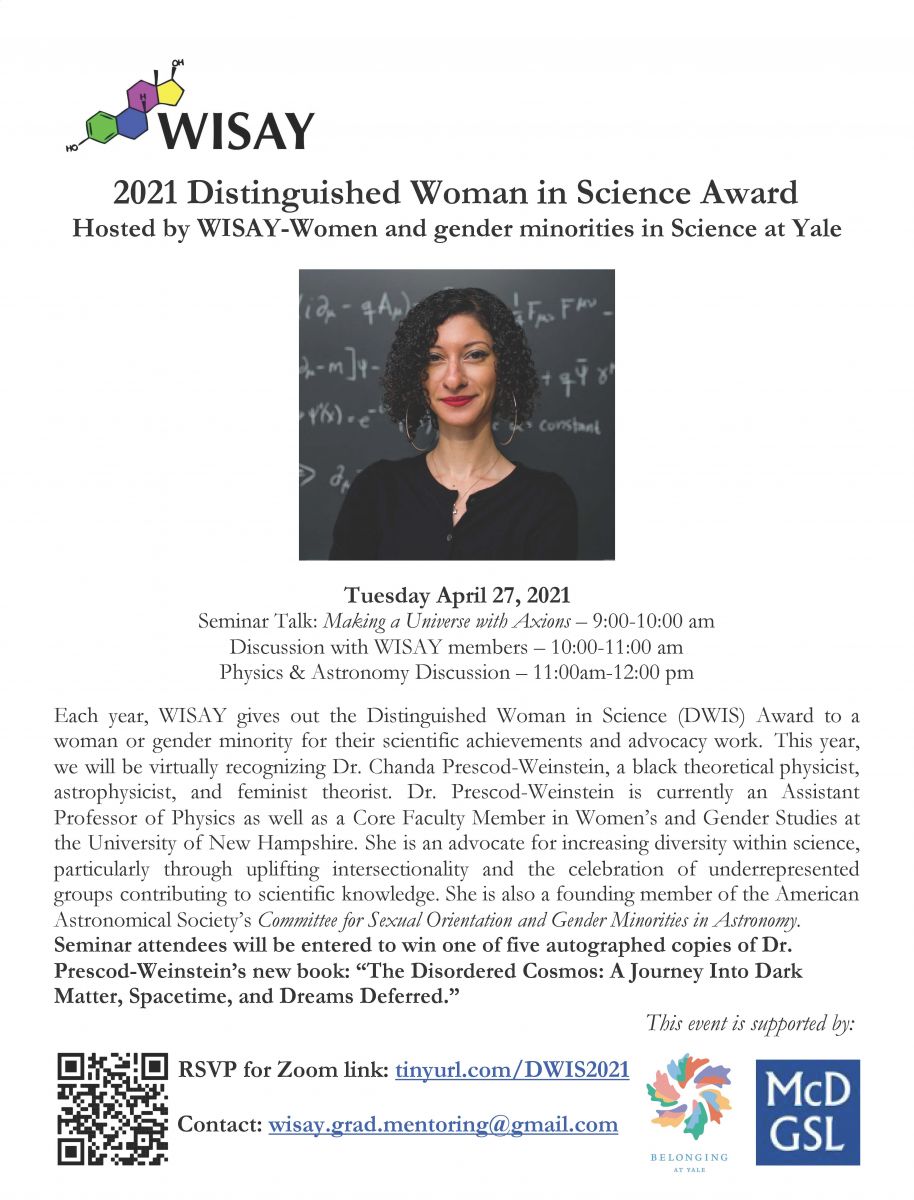 Each year, WISAY gives out the Distinguished Woman in Science (DWIS) Award to a woman or gender minority for their scientific achievements and advocacy work. This year, we will be virtually recognizing Dr. Chanda Prescod-Weinstein, a black theoretical physicist, astrophysicist, and feminist theorist. Dr. Prescod-Weinstein is currently an Assistant Professor of Physics as well as a Core Faculty Member in Women’s and Gender Studies at the University of New Hampshire. She is an advocate for increasing diversity within science, particularly through uplifting intersectionality and the celebration of underrepresented groups contributing to scientific knowledge. She is also a founding member of the American Astronomical Society’s Committee for Sexual Orientation and Gender Minorities in Astronomy.
Sponsored by the Women in Science at Yale and Yale Department of Physics