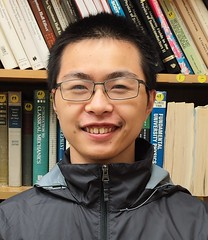 Graphene multilayers host a rich variety of magnetic orders owing to large flavor symmetries arising from spin, valley, and orbital degrees of freedom. In many of these systems, superconducting states are observed near flavor symmetry breaking phase transitions. It is of immediate importance to identify spin-valley order parameters for the phase transitions and clarify the relationship between flavor symmetry breaking and superconductivity. In this talk, I will first present a theory of superconductivity in magic-angle twisted bilayer graphene, in which Cooper pairs can emerge from a spin-polarized and valley-unpolarized metallic state due to the attractive interactions mediated by fluctuations of sublattice pseudospin when the graphene system approaches sublattice polarization instability. Based on this theory, I will interpret the dome-shaped density dependence of the critical temperature. Next, I will discuss diagnostics of several types of candidate valley orders in graphene multilayers, with a particular focus on how low-temperature weak-field magnetoresistance measurements could probe spontaneous intervalley coherence and distinguish between different valley orders.
Host: Meng Cheng (m.cheng@yale.edu)