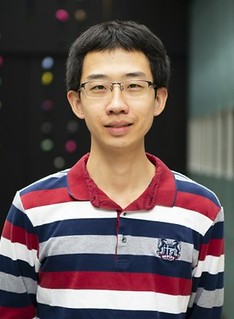 Symmetry-protected topological (SPT) phases are many-body quantum states that are topologically nontrivial as long as the relevant symmetries are unbroken. In this talk I will show that SPT phases are also well defined for average symmetries, where quenched disorders locally break the symmetries, but restore the symmetries upon disorder averaging. An example would be crystalline SPT phases with imperfect lattices. Specifically, I will define the notion of average SPT for disordered ensembles of quantum states. Then I’ll classify and characterize a large class of average SPT phases using a decorated domain wall approach, in which domain walls (and more general defects) of the average symmetries are decorated with lower dimensional topological states. I will show that if the decorated domain walls have dimension higher than (0+1)d, then the boundary states of such average SPT will almost certainly be long-range entangled, with probability approaching 1 as the system size approaches infinity. This generalizes the notion of t’Hooft anomaly to average symmetries, which we dub “average anomaly”. The average anomaly can also manifest as constraints on lattice systems similar to the Lieb-Schultz-Mattis (LSM) theorems, but with only average lattice symmetries. Finally, I will generalize our problem to “quantum disorders” that can admit short-range entanglement on their own, and develop a theory of such generalized average SPTs in mixed states purely based on density matrices and quantum channels. Our results indicate that topological quantum phenomena associated with average symmetries can be at least as rich as those with ordinary exact symmetries.
Host: Meng Cheng (m.cheng@yale.edu)