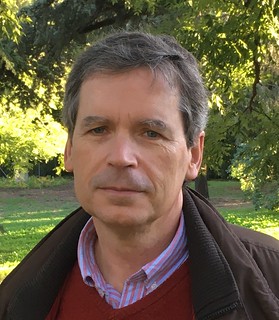 We study a one-dimensional Bose-Hubbard gas in a lattice whose hopping energy is made to oscillate with zero time average. At high frequencies, such a driving gives rise to a static effective model where first-order particle hopping is suppressed while processes of even order in the hopping are allowed, which results in a dynamics that is entirely driven by multi-particle correlations. At a critical value of the driving amplitude, the system passes from a Mott insulator to an exotic superfluid phase whose robust cat-like ground state consists of two branches characterized by the preferential occupation of opposite momentum eigenstates. We discuss how this non-equilibrium superfluid phase, without autonomous single-particle hopping and thus exclusively based on correlations, differs qualitatively from conventional superfluidity. The effect is robust against variations in experimental details. We thus show that driving the tunnelling (“kinetic driving”) provides a novel form of Floquet engineering, which enables atypical Hamiltonians and exotic states of matter to be produced and controlled.
Host: Meng Cheng (m.cheng@yale.edu)