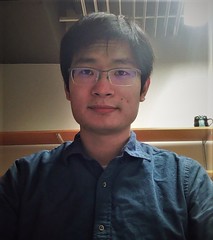 We argue that Stoner magnetism in bands endowed with Berry curvature is profoundly influenced by the chiral interaction between Berry’s orbital magnetization and spin chirality density. The key effect is that carriers moving in the presence of a spin texture see it as a source of a pseudo-magnetic field coupled to their orbital motion through a chiral Aharonov-Bohm effect. This interaction favors chiral spin textures such as skyrmions – the topologically protected objects with particle-like properties, stabilized in the ground state. The chiral interaction softens the threshold for Stoner instability, rendering chiral spin-ordered phases readily accessible under realistic conditions. We illustrate this effect for a graphene multilayer model, with magnetization and pseudo-magnetic fields taking different values in different valleys, yet the results are applicable to generic Stoner magnets.
Host: Meng Cheng (m.cheng@yale.edu)