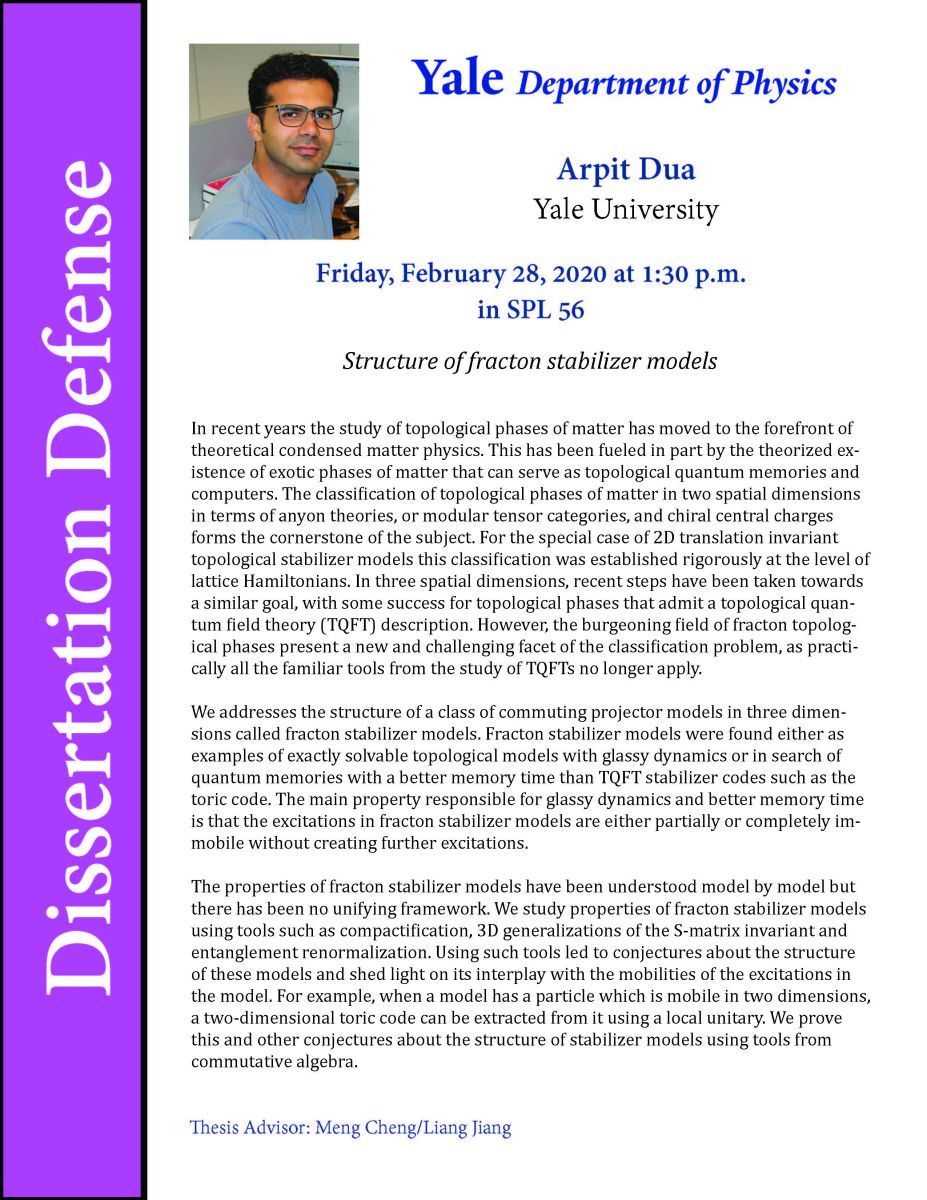 In recent years the study of topological phases of matter has moved to the forefront of theoretical condensed matter physics. This has been fueled in part by the theorized existence of exotic phases of matter that can serve as topological quantum memories and computers. The classification of topological phases of matter in two spatial dimensions in terms of anyon theories, or modular tensor categories, and chiral central charges forms the cornerstone of the subject. For the special case of 2D translation invariant topological stabilizer models this classification was established rigorously at the level of lattice Hamiltonians. In three spatial dimensions, recent steps have been taken towards a similar goal, with some success for topological phases that admit a topological quantum field theory (TQFT) description. However, the burgeoning field of fracton topological phases present a new and challenging facet of the classification problem, as practically all the familiar tools from the study of TQFTs no longer apply.
We addresses the structure of a class of commuting projector models in three dimensions called fracton stabilizer models. Fracton stabilizer models were found either as examples of exactly solvable topological models with glassy dynamics or in search of quantum memories with a better memory time than TQFT stabilizer codes such as the toric code. The main property responsible for glassy dynamics and better memory time is that the excitations in fracton stabilizer models are either partially or completely immobile without creating further excitations.
The properties of fracton stabilizer models have been understood model by model but there has been no unifying framework. We study properties of fracton stabilizer models using tools such as compactification, 3D generalizations of the S-matrix invariant and entanglement renormalization. Using such tools led to conjectures about the structure of these models and shed light on its interplay with the mobilities of the excitations in the model. For example, when a model has a particle which is mobile in two dimensions, a two-dimensional toric code can be extracted from it using a local unitary. We prove this and other conjectures about the structure of stabilizer models using tools from commutative algebra.
Thesis Advisors: Meng Cheng & Liang Jiang