Impact of the Atom Film and Lecture Series: “Atomic Cafe” 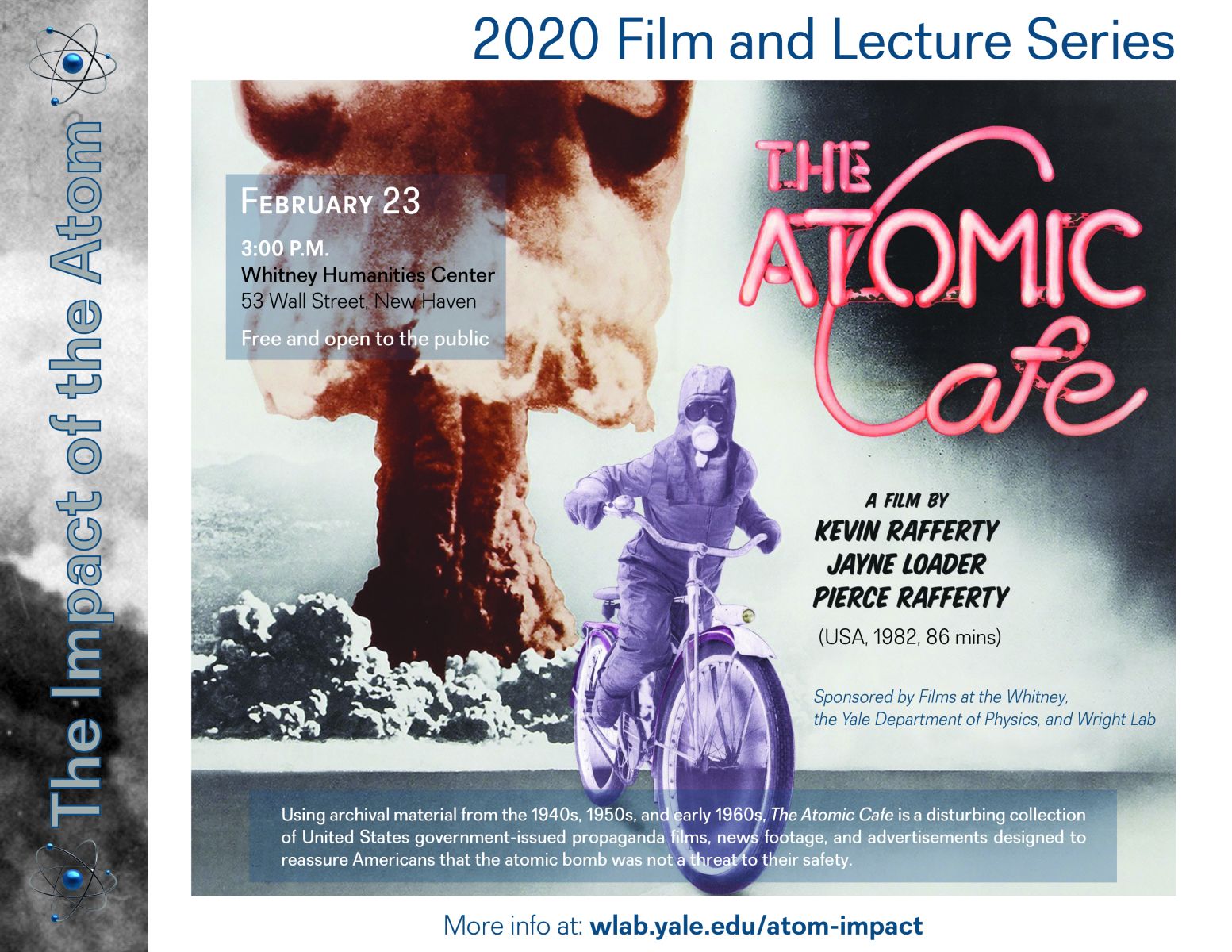 Using archival material from the 1940s, 1950s, and early 1960s, The Atomic Cafe (directed by Jayne Loader, Kevin Rafferty, Pierce Rafferty, 1982 USA) is a disturbing collection of United States government-issued propaganda films, news footage, and advertisements designed to reassure Americans that the atomic bomb was not a threat to their safety.

This film is presented as part of the Impact of the Atom Film & Lecture Series. It is offered free & open to the public.
https://wlab.yale.edu/media/arts/impact-atom