Impact of the Atom Film and Lecture Series: “Dr. Strangelove” 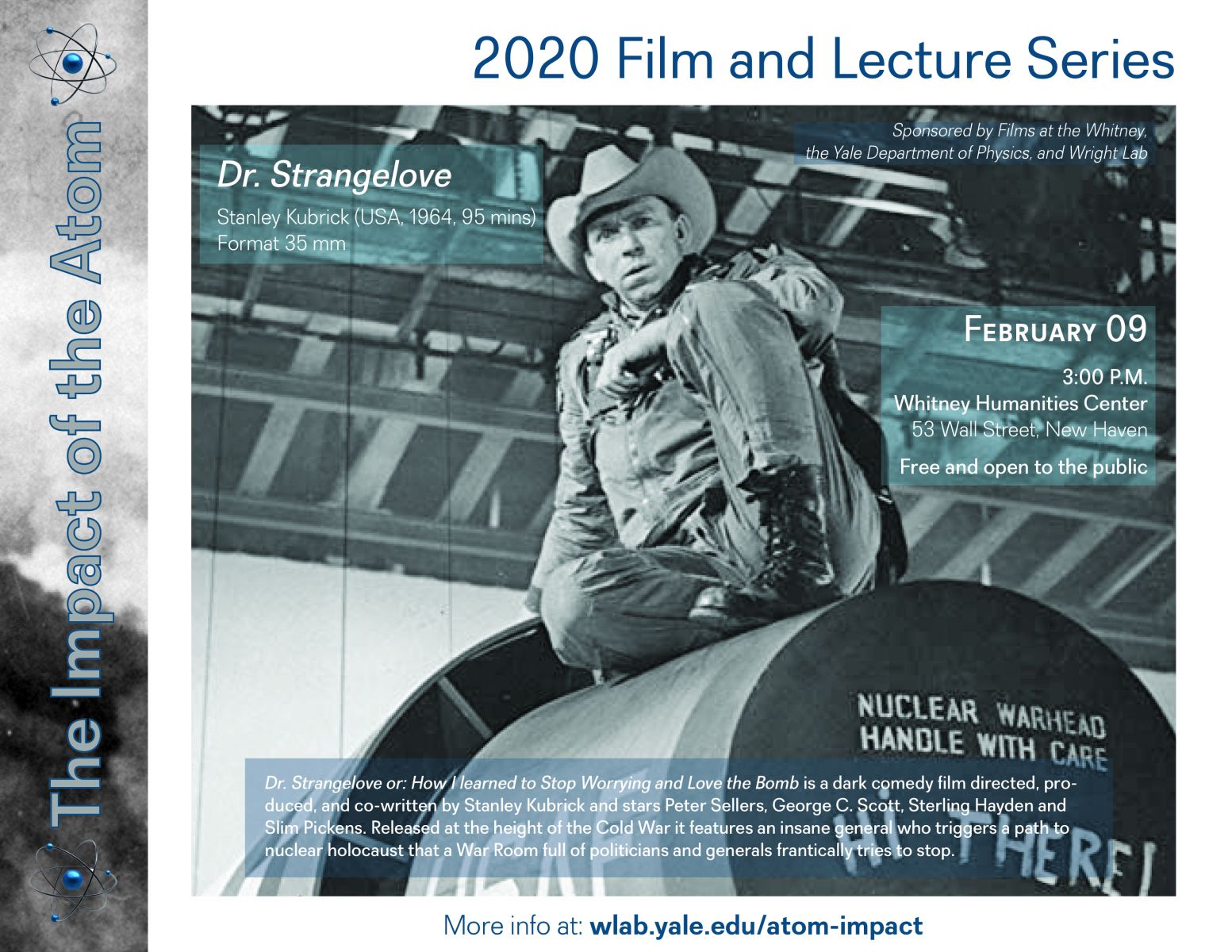 Dr. Strangelove or: How I learned to Stop Worrying and Love the Bomb (directed by Stanley Kubrick, 1964 USA) is a dark comedy film directed, produced, and co-written by Stanley Kubrick and stars Peter Sellers, George C. Scott, Sterling Hayden and Slim Pickens. Released at the height of the Cold War it features an insane general who triggers a path to nuclear holocaust that a War Room full of politicians and generals frantically tries to stop.

This film is presented as part of the Impact of the Atom Film & Lecture Series. It is offered free & open to the public.