Impact of the Atom Film and Lecture Series: “Godzilla” 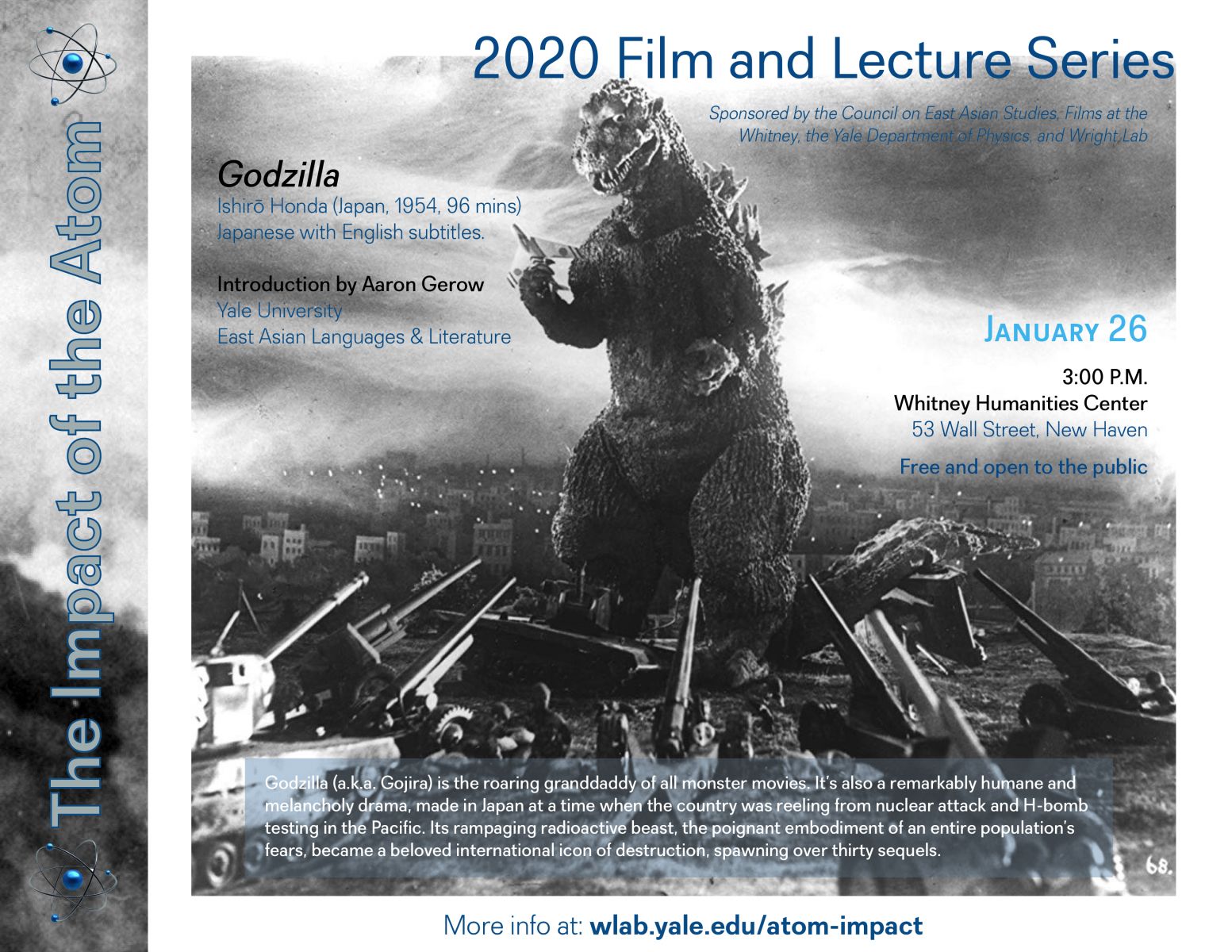 Godzilla (directed by Ishirō Honda 本多猪四郎, 1954 Japan)
Godzilla (a.k.a. Gojira ゴジラ) is the roaring granddaddy of all monster movies. It’s also a remarkably humane and melancholy drama, made in Japan at a time when the country was reeling from nuclear attack and H-bomb testing in the Pacific. Its rampaging radioactive beast, the poignant embodiment of an entire population’s fears, became a beloved international icon of destruction, spawning over thirty sequels.
Japanese with English subtitles. Running time: 96 min. Format: DCP.
Introduction by Aaron Gerow, East Asian Languages & Literatures, Yale
This film is presented as part of the Impact of the Atom Film & Lecture Series. It is offered free & open to the public.