Home » Calendar » Impact of the Atom Film and Lecture Series: Leslie Dewan, "Save the world with nuclear power"

Impact of the Atom Film and Lecture Series: Leslie Dewan, “Save the world with nuclear power” 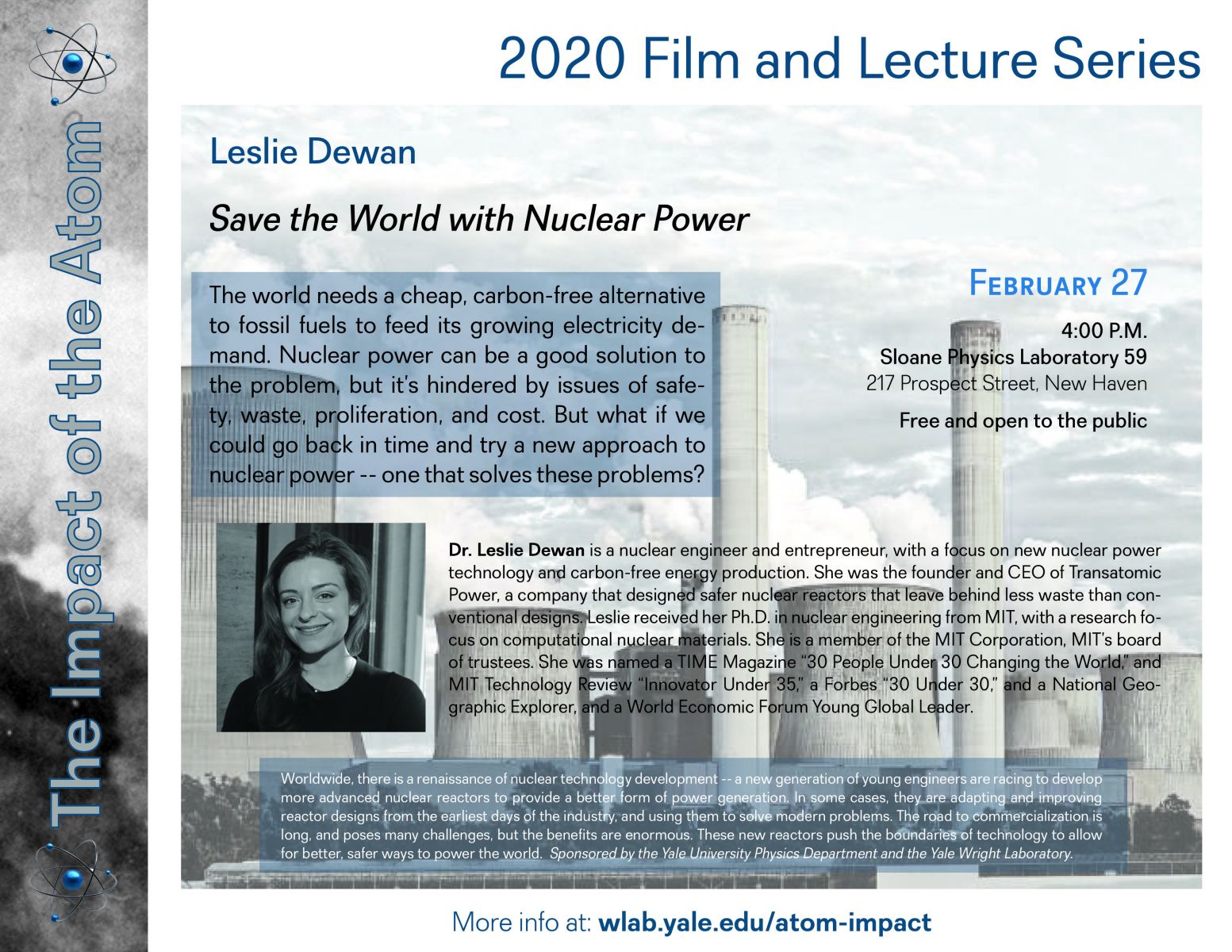 The world needs a cheap, carbon-free alternative to fossil fuels to feed its growing electricity demand. Nuclear power can be a good solution to the problem, but it’s hindered by issues of safety, waste, proliferation, and cost. But what if we could go back in time and try a new approach to nuclear power – one that solves these problems? Worldwide, there is a renaissance of nuclear technology development – a new generation of young engineers are racing to develop more advanced nuclear reactors to provide a better form of power generation. In some cases, they are adapting and improving reactor designs from the earliest days of the industry, and using them to solve modern problems. The road to commercialization is long, and poses many challenges, but the benefits are enormous. These new reactors push the boundaries of technology to allow for better, safer ways to power the world.
Dr. Leslie Dewan is a nuclear engineer and entrepreneur, with a focus on new nuclear power technology and carbon-free energy production. She was the founder and CEO of Transatomic Power, a company that designed safer nuclear reactors that leave behind less waste than conventional designs. Leslie received her Ph.D. in nuclear engineering from MIT, with a research focus on computational nuclear materials. She is a member of the MIT Corporation, MIT’s board of trustees. She was named a TIME Magazine “30 People Under 30 Changing the World,” and MIT Technology Review “Innovator Under 35,” a Forbes “30 Under 30,” and a National Geographic Explorer, and a World Economic Forum Young Global Leader.
This lecture is presented as part of the Impact of the Atom Film & Lecture Series. It is offered free & open to the public.
https://wlab.yale.edu/media/arts/impact-atom
Sponsor: Yale University Physics Department and the Yale Wright Laboratory