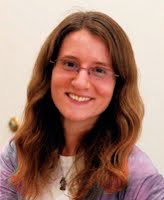 After the development of QCD in the last quarter of the 20th century, we are now in the early years of an exciting new era in which much more quantitative QCD calculations can be tested against increasingly sophisticated experimental measurements. Advances include a greater focus on the dynamics of quarks and gluons within bound states and in the process of bound-state formation. Over the last decade and a half, studies initially focused on spin-momentum correlations in the proton have brought to the fore several deep, fundamental issues within QCD. We are now exploring the physical consequences of gauge invariance in QCD as a quantum field theory, analogous to the Aharonov-Bohm effects familiar to many from QED but predicted for any gauge-invariant quantum field theory. Given the unique non-Abelian nature of the QCD gauge group, these quantum mechanical phase effects lead to an exciting novel prediction of entanglement of quarks and gluons across QCD bound states. Recent results from the PHENIX experiment at the Relativistic Heavy Ion Collider will be highlighted.