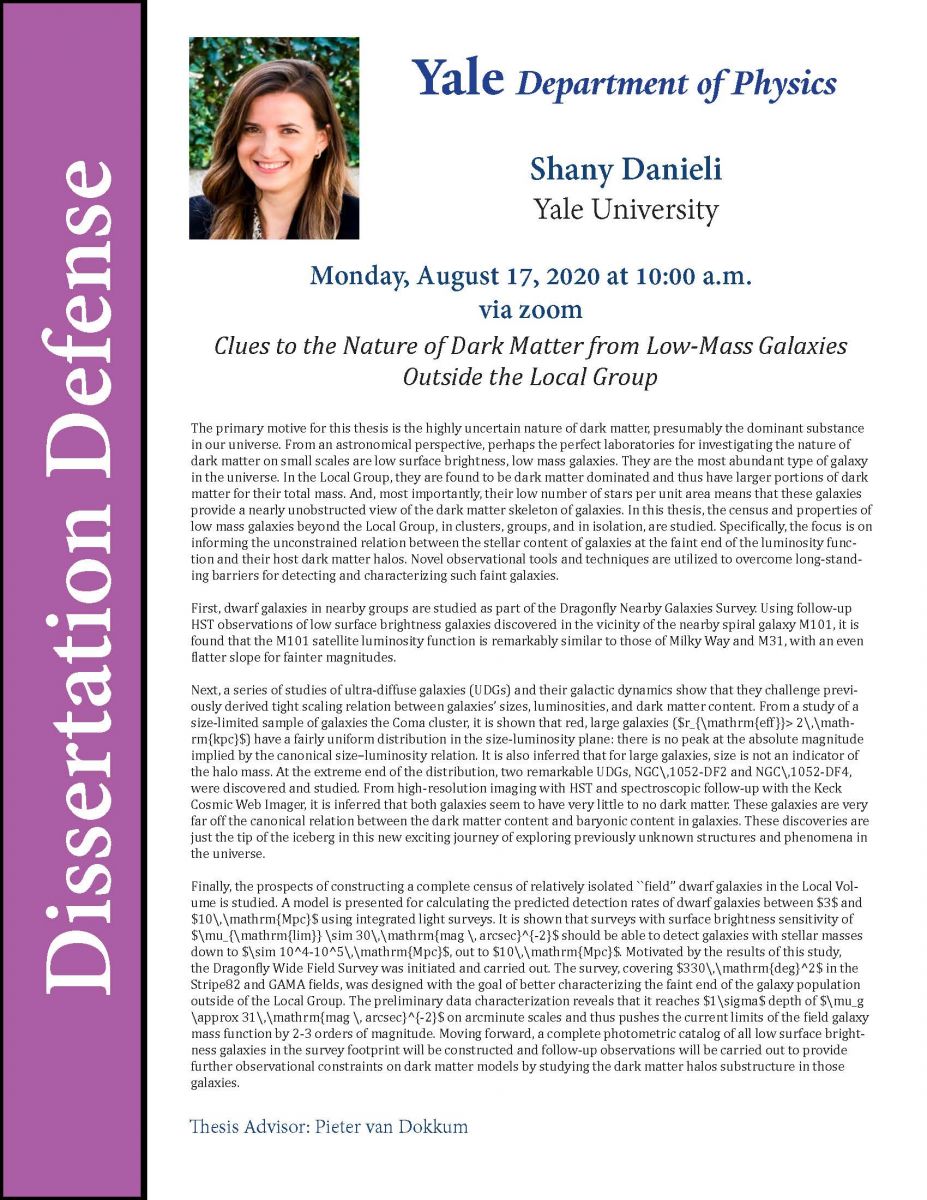 The primary motive for this thesis is the highly uncertain nature of dark matter, presumably the dominant substance in our universe. From an astronomical perspective, perhaps the perfect laboratories for investigating the nature of dark matter on small scales are low surface brightness, low mass galaxies. They are the most abundant type of galaxy in the universe. In the Local Group, they are found to be dark matter dominated and thus have larger portions of dark matter for their total mass. And, most importantly, their low number of stars per unit area means that these galaxies provide a nearly unobstructed view of the dark matter skeleton of galaxies. In this thesis, the census and properties of low mass galaxies beyond the Local Group, in clusters, groups, and in isolation, are studied. Specifically, the focus is on informing the unconstrained relation between the stellar content of galaxies at the faint end of the luminosity function and their host dark matter halos. Novel observational tools and techniques are utilized to overcome long-standing barriers for detecting and characterizing such faint galaxies.
First, dwarf galaxies in nearby groups are studied as part of the Dragonfly Nearby Galaxies Survey. Using follow-up HST observations of low surface brightness galaxies discovered in the vicinity of the nearby spiral galaxy M101, it is found that the M101 satellite luminosity function is remarkably similar to those of Milky Way and M31, with an even flatter slope for fainter magnitudes.
Next, a series of studies of ultra-diffuse galaxies (UDGs) and their galactic dynamics show that they challenge previously derived tight scaling relation between galaxies’ sizes, luminosities, and dark matter content. From a study of a size-limited sample of galaxies the Coma cluster, it is shown that red, large galaxies ($r_{\mathrm{eff}}> 2,\mathrm{kpc}$) have a fairly uniform distribution in the size-luminosity plane: there is no peak at the absolute magnitude implied by the canonical size–luminosity relation. It is also inferred that for large galaxies, size is not an indicator of the halo mass. At the extreme end of the distribution, two remarkable UDGs, NGC,1052-DF2 and NGC,1052-DF4, were discovered and studied. From high-resolution imaging with HST and spectroscopic follow-up with the Keck Cosmic Web Imager, it is inferred that both galaxies seem to have very little to no dark matter. These galaxies are very far off the canonical relation between the dark matter content and baryonic content in galaxies. These discoveries are just the tip of the iceberg in this new exciting journey of exploring previously unknown structures and phenomena in the universe.
Finally, the prospects of constructing a complete census of relatively isolated “field” dwarf galaxies in the Local Volume is studied. A model is presented for calculating the predicted detection rates of dwarf galaxies between $3$ and $10,\mathrm{Mpc}$ using integrated light surveys. It is shown that surveys with surface brightness sensitivity of $\mu_{\mathrm{lim}} \sim 30,\mathrm{mag , arcsec}^{-2}$ should be able to detect galaxies with stellar masses down to $\sim 10^4-10^5,\mathrm{Mpc}$, out to $10,\mathrm{Mpc}$. Motivated by the results of this study, the Dragonfly Wide Field Survey was initiated and carried out. The survey, covering $330,\mathrm{deg}^2$ in the Stripe82 and GAMA fields, was designed with the goal of better characterizing the faint end of the galaxy population outside of the Local Group. The preliminary data characterization reveals that it reaches $1\sigma$ depth of $\mu_g \approx 31,\mathrm{mag , arcsec}^{-2}$ on arcminute scales and thus pushes the current limits of the field galaxy mass function by 2-3 orders of magnitude. Moving forward, a complete photometric catalog of all low surface brightness galaxies in the survey footprint will be constructed and follow-up observations will be carried out to provide further observational constraints on dark matter models by studying the dark matter halos substructure in those galaxies.
Thesis Advisor: Pieter van Dokkum (pieter.vandokkum@yale.edu)