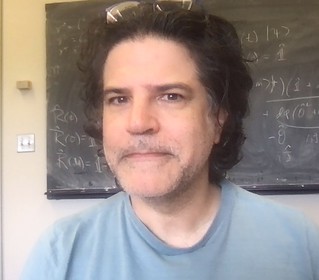 Quantum Mechanics is the bedrock of physics. Its seemingly ad-hoc and phenomenologically derived axioms have proven to be remarkably resistant to parameterized modifications. If one is to test the veracity of these underlying laws, as bizarre as they are, we need a well-defined and consistent model of something beyond quantum mechanics. Here, I will present a modification of quantum mechanics in which a specific class of state-dependent term is added to the Schrödinger Equation. This addition produces non-trivial effects which amount to the ‘wave function talking to itself’. I will show that these effects are nevertheless causal (do not violate relativity) while having profound experimental consequences. We also show that this modification has a simple embedding in local quantum field theory. While the physical effects are dramatic, they are also fickle, in that their strength depends on the cosmological history of the wave function of the universe. We will present proposals for laboratory (e.g., ion traps), astrophysical, and cosmological tests that could be done to discover such an effect.
Host: Ian Moult (ian.moult@yale.edu)