Home » News » Beneath the surface of 'surface densities'

Beneath the surface of ‘surface densities’ 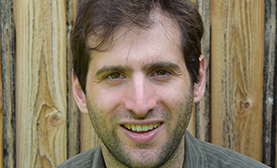 In a new study in the Proceedings of the National Academy of Sciences, Yale researchers Mason Rouches and Benjamin Machta, as well as University of Michigan researcher Sarah Veatch, look at a specific way that cell proteins signal each other.

Called “phase separation of proteins,” it is an active area of current research and refers to the way proteins sometimes separate into two distinct phases — much like the way oil and water separate after they are mixed.

“We examine what we term ‘surface densities’ — liquid-like assemblies of proteins found exclusively on the cell membrane,” said Rouches, a graduate student in molecular biophysics and biochemistry at Yale. “Our focus is on the subclass of proteins that phase-separate at cell membranes, often aiding in signaling.”

Rouches and Machta argue that these surface densities are prewet — a technical term used in physics. A prewet ‘phase’ would be, for example, a molecularly thin, two-dimensional film of liquid that forms on the surface of a system whose bulk is in a three-dimensional gas phase.

The research offers insight into mechanisms of signaling cluster formation — for example, the clusters that form in T-cells upon engagement with a foreign antigen — and of long-lived protein assemblies found in the synapses of neurons and other cell types.