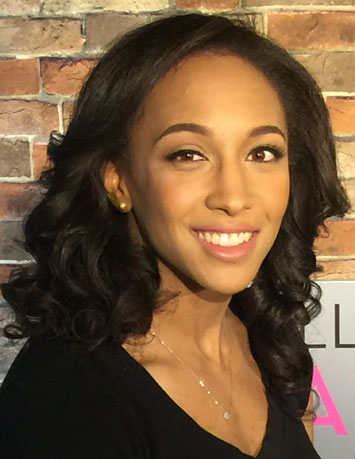 Wright Lab graduate student Brooke Russell has been awarded the 2019 Gertrude Scharff-Goldhaber Prize.  The award, established in 1992 by Brookhaven Women in Science (BWIS), a nonprofit organization that supports and encourages the advancement of women in science, recognizes substantial promise and accomplishment by female graduate students in physics who are enrolled in the graduate program at Stony Brook University and/or performing their thesis research at Brookhaven National Laboratory (BNL).   The award is funded by Brookhaven Science Associates, the company that manages BNL for the U.S. Department of Energy’s (DOE) Office of Science.

The awards ceremony, which is free and open to the public, will be held on Wednesday, July 3, 2019 at BNL.  Russell will give a talk entitled “Exploring the Nu Frontier with Liquid Argon Time Projection Chambers,” followed by the award presentation and a lunch reception.

In 2014, Russell began doctoral research at Yale University under the supervision of Prof. Bonnie Fleming on the MicroBooNE experiment.  In 2016, she was awarded a DOE Office of Science Graduate Student Research Award to work at BNL on her research under the tutelage of Xin Qian.  Since then, Russell has been working with physicists in Brookhaven’s Electronics Detector Group on MicroBooNE physics analyses.