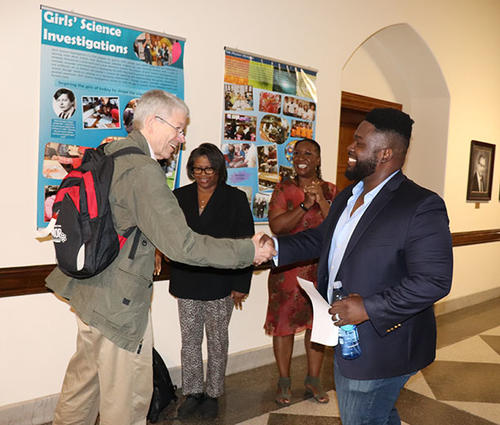 Brown explained, “we use powerful magnetic fields to levitate drops of superfluid helium in vacuum, which allows the drops to efficiently cool themselves via evaporation to temperatures near absolute zero. Superfluid helium is a special material that has no internal friction (viscosity), and essentially does not absorb infrared or visible light. Because of the superfluid’s unique properties, it could become possible to use these levitated drops to study the quantum physics of the drops’ vibrations; this would be interesting because it would demonstrate quantum effects in the motion of an object that is much more massive then the systems in which these effects have been previously observed. Experiments with levitated helium drops may also be useful for addressing outstanding problems in classical and quantum fluid dynamics (e.g., the equilibrium shape of a rotating liquid drop, or quantum turbulence in an isolated liquid).”

In October, Brown will join the Stamper-Kurn group at the University of California, Berkeley as a postdoctoral associate, conducting experiments with ultracold atomic gases trapped in optical lattices.

Thesis abstract:  The field of optomechanics studies the interactions between light and the motion of an object. One of the goals in this field is to generate and control highly non-classical motion of a massive mechanical oscillator. There has been progress in generating such non-classical motion via coupling the oscillator to a qubit, or by utilizing the non-linearity of single photon detection. However, interest still remains in generating non-classical motion directly via the optomechanical interaction itself. Doing so requires strong coupling between the light and the mechanical oscillator, as well as low optical and mechanical loss and temperature. The unique properties of superfluid helium (zero viscosity, high structural and chemical purity and extremely low optical loss) addresses some of these requirements.

To exploit the unique properties of superfluid helium we have constructed an optomechanical system consisting entirely of a magnetically levitated drop of superfluid helium in vacuum. Magnetic levitation removes a source of mechanical loss associated with physically clamped oscillators. Levitation also allows the drop to cool itself efficiently via evaporation. The drop’s optical whispering gallery modes (WGMs) and its surface vibrations should couple to each other via the usual optomechanical interactions.
In this dissertation we demonstrate the stable magnetic levitation of superfluid helium drops in vacuum, and present measurements of the drops’ evaporation rates, temperatures, optical modes and surface vibrations.  We found optical modes with finesse ~ 40 (limited by the drop’s size). We found surface vibrations with decay rates ~ 1 Hz (in rough agreement with theory). Lastly, we found that the drops reach a temperature T~330 mK, and that a single drop can be trapped indefinitely.
Photos from the event 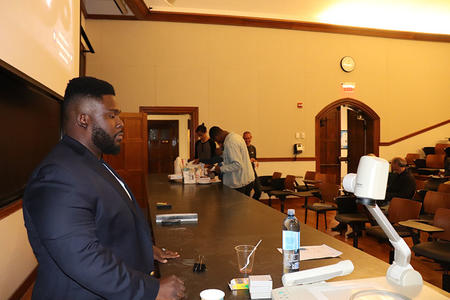 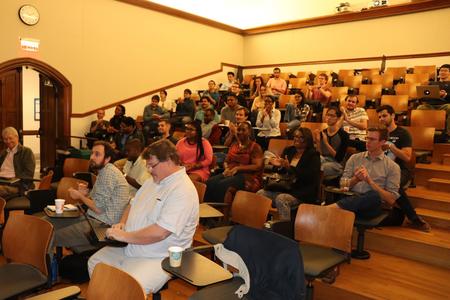 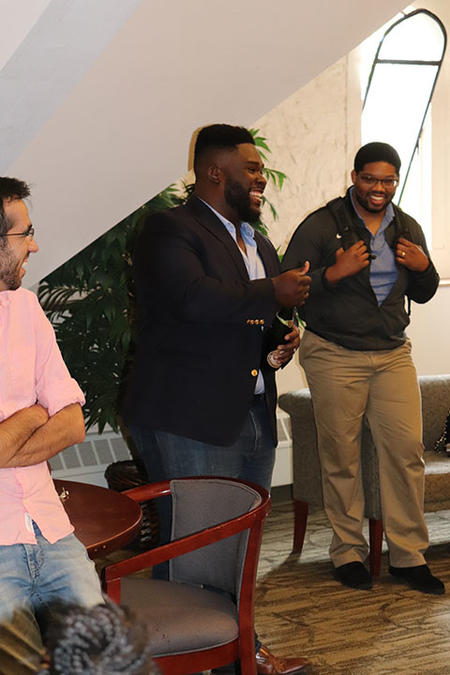