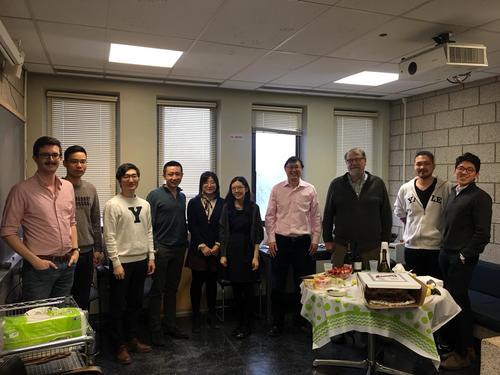 Lau explained, “The perovskite oxide materials family display a vast and diverse array of functional properties, such as ferroelectricity and ferromagnetism. Of particular interest are the novel electronic states which emerge at the interfaces of perovskite oxide heterostructures. Using synchrotron radiation, I investigate the impact of atomic-scale structural distortions on the transport properties of thin film oxides and their interfaces. These thin film oxides are grown by physical vapor deposition techniques and studied via the measurement and analysis of crystal truncation rods, Bragg peaks, and half-order Bragg peaks. I identify and characterize various structural distortions, such as interfacial polarization and the reversible rotation of oxygen octahedra, which can enhance the performance of oxide-based devices. The oxides are demonstrated to have potential for use in transistors, sensors, and non-volatile memory.”

Lau is still deciding where to go from here.

Crystal truncation rods are measured on epitaxial thin film (La,Sr)TiO3 and BaSnO3, both grown on SrTiO3 substrate and fully strained at thicknesses n≤10 unit cells. Three-dimensional electron density maps with picoscale resolution of the atomic positions are derived by the powerful phase retrieval method Coherent Bragg Rod Analysis. Supertetragonality, which is associated with interface-induced polarization, is observed in both films. The electron density map for the (La,Sr)TiO3 film additionally reveals polar displacements near both the film/substrate and film/vacuum interfaces. Deposition of a capping layer on the (La,Sr)TiO3 film suppresses polar displacement as well as lattice parameter expansion; the structural changes can be correlated to a measured enhancement in the material’s conductivity.
The energy-dependent resonant x-ray scattering technique is used to probe the cation stoichiometry of thicker, relaxed La-doped BaSnO3 films, which have a range of high room-temperature carrier mobilities. Analysis of energy scans measured around weakly scattering odd-order Bragg peaks reveal a less than 1% difference in stoichiometry between the films. In-plane φ rocking curves measured using a rotating copper anode laboratory x-ray source likewise show minimal differences in crystalline disorder. The φ rocking curve full width half maxima in contrast to those of the ω rocking curves suggest that film disorder is a reflection of mosaic size in the DyScO3 substrate.
Two epitaxial interfaces, the polar/nonpolar interface of LaInO3 with BaSnO3 and the ferroelectric/conducting interface of Pb(Zr,Ti)O3 with LaNiO3 are studied by a combination of crystal truncation rod and half-order Bragg peak analysis. Half-order Bragg peaks, the result of the perovskite unit cell doubling through rotations of oxygen octahedra, are isolated to the LaInO3 and LaNiO3 layers in these heterostructures. In the first system, mixed tilting and strong cation displacements remain robust, right up to the BaSnO3 interface for films as thin as three unit cells. Both the intrinsic polarization of the LaInO3 and the structural discontinuity across the LaInO3/BaSnO3 interface appear to contribute to the 10^4 enhancement in conductivity measured at the interface of the two oxides. In the second system, the ferroelectric functions as a gate with switchable polarization which modulates the conductivity of the LaNiO3 channel. As the applied voltage is swept through the coercive field of the ferroelectric, the oxygen octahedral rotations in the LaNiO3 exhibit a hysteresis loop, with larger rotations leading to reduced conductivity. The non-volatile switching and hysteresis behavior show promising potential for the future of all-oxide field effect devices. 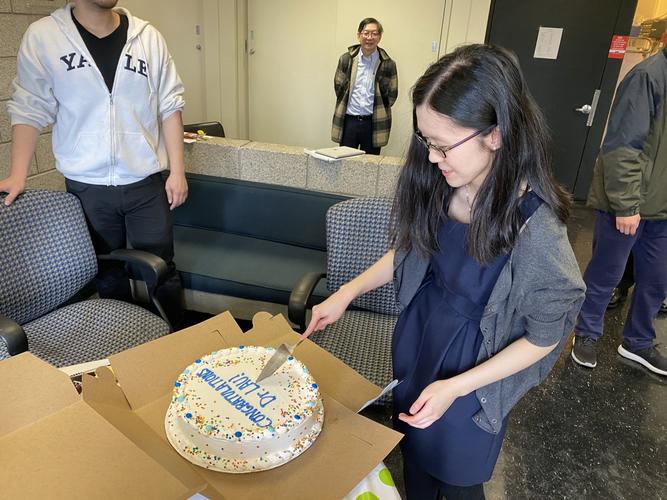