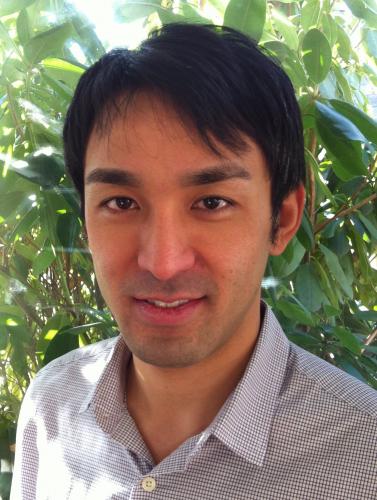 Daisuke Nagai, an Assistant Professor of Physics and Astronomy, has been named a 2012 Cottrell Scholar.

Cottrell award recipients are chosen both for the quality of their scientific research and their dedication to teaching. Each of the 10 new Cottrell Scholars will receive a $75,000 grant.  These awards enable recipients to implement their plans to become outstanding scientists and educators as well as tomorrow’s academic and scientific leaders.

Nagai’s research focuses on cutting-edge computational modeling of galaxy clusters – the largest objects in the universe held together by gravity.  The formation of these objects over cosmic time is driven by dark matter and dark energy. Supercomputer simulations developed by the Nagai’s group will be used to interpret properties of these enigmatic but dominant components of the universe.  The education component of the award allows Prof. Nagai to engage students in computational research and develop a new course on cosmology and astrophysics.  Building on highly successful programs offered by the Science, Technology, and Research Scholars (STARS) program and the Leitner Family Planetarium & Observatory at Yale University, Nagai’s education program aims to enhance minority involvement in science and technology.

The Cottrell Scholar Awards are named in honor of Frederick Gardner Cottrell, whose generosity made the Research Corporation possible, and whose invention of the electrostatic precipitator was an early environmental innovation that reduced pollution from smokestacks.  Founded in 1912, the Research Corporation for Science Advancement is an advocate for the sciences and a major funder of scientific innovation and research in U.S. colleges and universities.