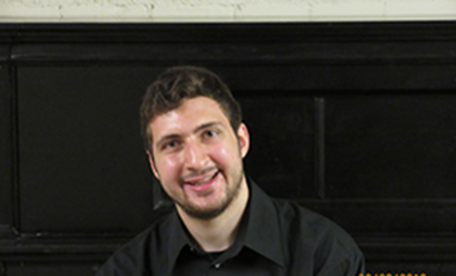 Berkowitz on his research and future plans, “There are very important problems in physics that cannot be adequately tackled using perturbation theory. One such problem is phi-4 theory at its strongly coupled Wilson-Fisher critical fixed point, which is expected to be in the same universality class as the critical 3D Ising model, liquid-vapour transitions, and phase transitions in uniaxial magnets. To remedy this, for my dissertation, I further developed two techniques to study certain non-perturbative problems in physics, the Quantum Finite Elements (QFE) and the Euclidean-signature semi classical method (ESSCM). The QFE is a method for formulating lattice field theories on curved Riemannian manifolds that may possess a finite volume; while the (ESSCM)  is a methodology for solving certain Lorentzian signature problems in terms of their analogues in Euclidean-signature.

For my thesis work I figured out how to formulate the Laplacian on a simplicial approximation of the 3-sphere. The 3-sphere is the four-dimensional analogue of the ordinary 2-sphere that one can hold in the palm of their hand in ordinary three spatial dimensions. By successfully constructing a Laplacian on a simplicial approximation of the 3-sphere that converges to its known continuum limit, I have set the groundwork for applying the QFE to strongly coupled quantum field theories that live on higher dimensional curved Riemannian manifolds. I also used data obtained from the conformal bootstrap to compute an estimate of the Binder cumulant for the critical 3D Ising model on the 3-sphere. Using the (ESSCM)  I was able to prove that a countably infinite number of excited states exist for the quantum Taub models when a cosmological constant is present. By doing so I showed its applicability to a new class of finite dimensional systems.

After graduate school I will continue to work with George to test and further develop the QFE by applying it to phi-4 theory at its Wilson-Fisher critical fixed point on a 3-sphere. In particular we will compare what the QFE predicts for the Binder cumulant for the universality class of the critical 3D Ising model to the prediction I previously obtained using data extracted from the conformal bootstrap. This will pave the way to potentially studying  two-dimensional condensed matter systems such as graphene sheets, four-dimensional gauge theories for beyond the standard model, strong dynamics, and other non-trivial problems using the QFE. Furthermore I’m starting a college consulting firm known as “Cosmic College Consulting.”  I’m also applying for postdocs that start in the Fall of 2022 in a variety of fields of physics such as biophysics, statistical physics, lattice field theory, quantum/classical gravity, and cosmology.”

Thesis Abstract: We have extended two recently developed theoretical methods, the Quantum Finite Elements (QFE) and the Euclidean-signature semi-classical method (ESSCM). The QFE is a technique for constructing lattice field theories (LFTs) on curved Riemannian manifolds. We extended the applicability of the QFE to formulating LFTs on certain three dimensional Riemannian manifolds such as the 3-sphere. This was done by first constructing a novel simplicial approximation to the 3-sphere. Then, after correctly computing the weights of the links and vertices that make up this simplicial complex, we defined a Laplacian on it, whose low lying spectrum was observed to approach the known continuum limit as we further refined our complex. To facilitate a comparison between the QFE and the bootstrap, we calculated an estimate of the fourth-order Binder cumulant using CFT data extracted from the conformal bootstrap.

The ESSCM is a methodology for facilitating the use of already known mathematical theorems/results to approach Lorentzian signature problems in bosonic field theory and quantum gravity in terms of their Euclidean-signature analogs. We further developed this method by applying it in a novel fashion to quantum cosmological models with matter sources. In particular, for the Taub models, we proved for the first time the existence of a countably infinite number of well behaved ‘excited’ state solutions when a cosmological constant is present. Both methods are promising and have applications for field theory, beyond standard model physics, and quantum gravity. 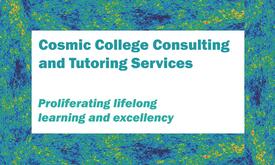 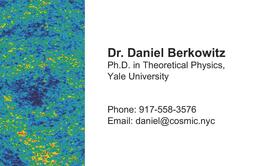