Emonet and Machta on Bacterial Bandwidth 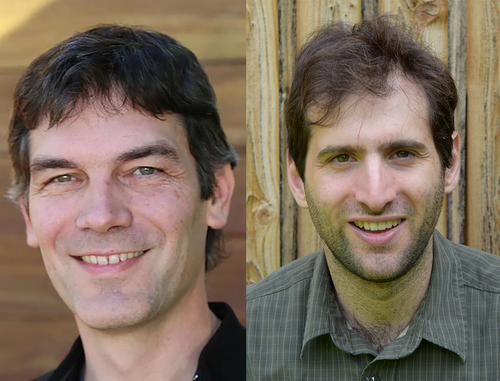 How organisms process sensory information and translate the data they collect into behavior is complicated — even for bacteria like E. coli, which goes through life pursuing chemical attractants in its environment. Scientists at Yale analyzed this simple process, known as chemotaxis, to help answer a fundamental question: How efficiently do organisms use information to guide their behavior?

The answer, they found, is akin to using a streaming service such as Netflix.

Just as a device receives video data over an internet connection, E. coli gathers information about chemical attractants in its environment. The researchers first showed that, like a viewer seeking better video quality, the maximum speed E. coli could move up an attractant gradient is limited by its information bandwidth. But high bandwidth is not enough. The organism — or television, or computer — has to appropriately use the information it receives. “If the TV is garbage, the video quality is still poor no matter what the bandwidth is,” said co-lead author Henry Mattingly, postdoctoral researcher in the lab of co-senior author Thierry Emonet, professor of molecular, cellular, and developmental biology (MCDB), and of physics.

Scientists have long hypothesized that evolution has maximized the information processing capabilities of organisms to aid in their survival. The Yale team devised a way to test that hypothesis in the context of behavior by measuring E. coli cells’ information bandwidths and how fast they move in response to chemical cues. To estimate bandwidth, the team used a fluorescent reporter system to measure the activity of a molecular sensor inside of individual E. coli cells that is crucial to their ability to track environmental chemicals. They found that, despite the bacterium’s tiny bandwidth — millions of times smaller than a typical internet connection — E. coli use their information efficiently, traversing gradients at close to the theoretical maximum speed.

“This example is simple, but the finding is a stepping stone to understanding how information can shape behavior in more complex organisms,” Mattingly said.

Keita Kamino, associate research scientist in MCDB and Benjamin Machta, assistant professor of physics, are co-lead and co-senior authors of the study, which was published in the journal Nature Physics.

This article was originally published as part of Yale News’ “Insights & Outcomes” for December 7, 2021