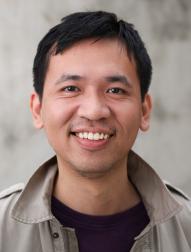 Meng Cheng comes to Yale from Microsoft’s StationQ at U.C. Santa Barbara. Meng, a theorist who will join Yale’s faculty in July 2017, has been interested in the interplay between global symmetry and topologically ordered phases in quantum condensed matter; he has developed a general theory of how symmetry acts on emergent topological degrees of freedom, classifying different ways that quasiparticles may carry fractionalized quantum numbers. When asked what most excites him about his research, Meng replied: “I’m always amazed by how a simple quantum system with many particles can behave in a remarkably rich and beautiful way. It often turns out that this “collective behavior” observed in quantum materials needs very deep theoretical ideas to explain, the understanding of which may lead to unexpected applications.” 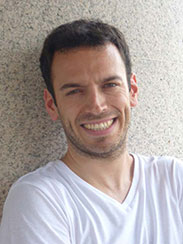 Nir Navon is coming to Yale from Cambridge where he has been a Junior Research Fellow at Trinity College, and works at the Physics Department of the Cavendish Laboratory. Nir uses the “tunable” nature of trapped ultracold atomic gas systems to study fundamental many-body physics. Recently, he has pioneered the use of Bose-Einstein condensates trapped in laser-made uniform “box” potentials to investigate complex topics of out-of-equilibrium physics, such as the dynamics of spontaneous symmetry breaking or the emergence of turbulence in a quantum gas. When asked why he chose to study AMO physics, Nir replied “First, the experiments in my field are probably among the most complicated table-top experiments that can be understood and mastered by a single person. Secondly, the physics encountered is so diverse, that I sometimes feel that these experiments are merely convenient excuses to just keep learning physics in the broadest sense, from pure quantum mechanics to thermodynamics, hydrodynamics or condensed matter physics.” 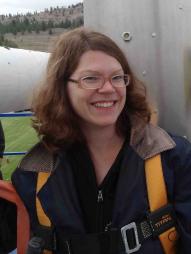 Laura Newburgh comes to Yale after being a Dunlap Postdoctoral Fellow at the University of Toronto. While there Laura and her colleagues proposed two radio astronomy facilities (CHIME and HIRAX) in order to collect data from the 21cm line of hydrogen to learn about the expansion history of the Universe in the poorly probed era from redshifts of 0.8 to about 2.5. In Laura’s words: “We’re building a large radio interferometer to measure neutral hydrogen trapped in galaxies. The large scale distribution of those galaxies can be used as a tracer for the expansion of the Universe, which will allow us to understand the driver of that expansion: dark energy.” Laura also has a second detector development program focused on the next generation of Cosmic Microwave Background (CMB) polarization measurements.

Asked what would be the most exciting outcome of her work Laura said “We could find that dark energy is dynamical, which would entirely change what models we would use to describe it.” 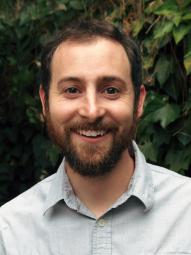 David Moore is returning to Yale where he double majored in Math and Physics, receiving his degree in 2006. Most recently Dave has been at Stanford working on a search for neutrinoless double beta decay with the Enriched Xenon Observatory (EXO). Commenting on the state of the field Dave said “Experiments have been searching for neutrinoless double beta decay for more than 30 years, but experiments are finally reaching the sensitivities needed to see this decay if the masses are close to the lower bounds implied by neutrino oscillations.”

While at Stanford Dave and his colleagues also devised a plan for a table-top sub-attonewton force sensor using optically levitated microspheres that can facilitate a search for milli-charged objects and to test gravity at the micron distance scale.

Moore’s experiment, which he plans to build in Wright Lab, has the potential for big physics reach. “It may be possible that our first hints of new phenomena related to some of the major outstanding questions in high energy physics actually come from precision measurements of tiny effects in low-energy experiments.”