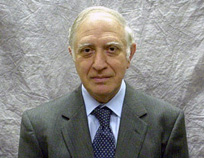 Francesco Iachello (JW Gibbs Professor of Physics and Chemistry) has been awarded Doctor Philosophiae Honoris Causa of the Hebrew University of Jerusalem for his scientific leadership and ground-breaking contribution to the study of dynamical symmetries in physics through the introduction of models based on such symmetries and their application to physical systems, notably atomic nuclei. The honorary degree ceremony will take place at the annual Convention on Sunday, 29 May 2016 at the Rothberg Amphitheater on our Mount Scopus campus, Jerusalem. Congratulations!