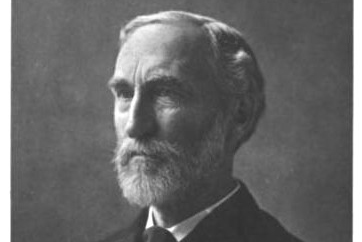 Yale University has been selected by the American Chemical Society’s Division of the History of Chemistry to receive the 2021 Citation for Chemical Breakthrough Award for Josiah Willard Gibbs’s 1878 publication explaining the laws of thermodynamics, “On the Equilibrium of Heterogeneous Substances” (Trans. Connecticut. Acad. Arts Sci. 1878, 3, 108-248; 343-524). 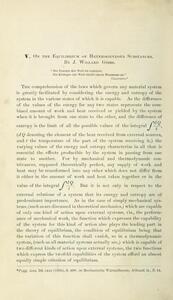 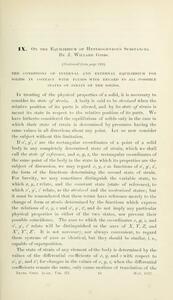 According to Wikipedia, Gibbs was the first person to receive a doctorate in engineering in America (Yale Ph.D. 1863), and he returned to Yale as a professor of mathematical physics from 1871 until his death in 1903.

R. Shankar, J.W. Gibbs Professor of Physics at Yale said, “this decision to honor Gibbs’s seminal paper on the foundations of thermodynamics is justifiable cause for pride and celebration at Yale. Gibbs is rightly considered the very best home-grown American natural scientist for his work on physics, chemistry and mathematics.”

This award, which consists of a plaque that is presented to the institution at which the research was performed and from which the publication was submitted, honors publications, patents and books that have made breakthroughs in chemistry and the molecular sciences that have been revolutionary in concept, broad in scope, and long-term in impact.

Shankar added, “while Gibbs was a very modest man, his goals and accomplishments were anything but–to erect a solid edifice for the foundations of thermodynamics. This work, done in the splendid isolation of Connecticut, was quickly recognized in the international scientific community, notably by James Clerk Maxwell, a pioneer in electrodynamics and statistical mechanics (to which Gibbs contributed mightily). Gibbs brought Yale many an honor and recognition in his days, and he continues to do so to this day.”

For more information about the award, see below.