John Wettlaufer participates in announcement of 2021 Nobel Prize in Physics 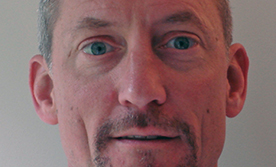 The Nobel Prize in Physics 2021 was awarded “for groundbreaking contributions to our understanding of complex systems” with one half jointly to Syukuro Manabe and Klaus Hasselmann “for the physical modelling of Earth’s climate, quantifying variability and reliably predicting global warming” and the other half to Giorgio Parisi “for the discovery of the interplay of disorder and fluctuations in physical systems from atomic to planetary scales.”

John Wettlaufer, A.M. Bateman Professor of Earth & Planetary Sciences, was interviewed immediately after the press conference, as a member of the Nobel Committee for Physics, by freelance journalist Joanna Rose regarding the 2021 Nobel Prize in Physics.

Click below for the Nobel Prize announcement including videos of the prize announcement and Wettlaufer’s interview.
External link:
https://www.nobelprize.org/prizes/physics/2021/prize-announcement/
https://news.yale.edu/2021/10/11/view-nobel-press-conference