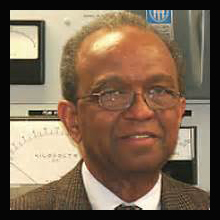 Joseph Johnson III, a 1965 PhD alumni of this department passed away on June 25th, 2017. Joe wrote a thesis on pion production under the supervision of Henry Kraybill (who also passed away at 95 in 2013).

Joe was the second African American PhD in Physics, sadly a long 89 years after Edward Bouchet in 1876. As his obituary (http://nsbp.org/joseph-johnson-iii/) on the National Society of Black Physicists website states, Joe played an important role in mentoring many other minority physicists. He received the Bouchet Leadership Award Medal during the Bouchet Conference on Diversity and Graduate Education held here in 2016.