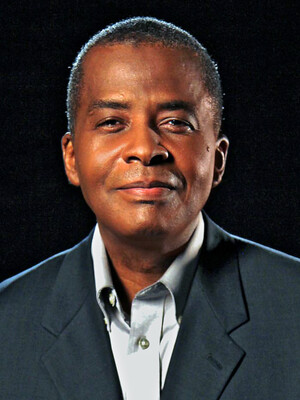 Yale Physics professor Keith Baker, a particle physicist known for his contributions to the discovery of the Higgs boson and his work on dark matter, has been appointed the D. Allan Bromley Professor of Physics. His appointment was effective Feb. 20.

A member of the Faculty of Arts and Sciences, Baker concentrates on experimental particle physics, including research at the energy frontier being conducted by the ATLAS collaboration at the Large Hadron Collider (LHC), the world’s largest and most powerful particle accelerator, in Geneva, Switzerland, and precision studies at sub-eV energies. He helped build the detectors and was part of the team that carried out the machine learning analysis in the discovery of the Higgs boson, the last elementary particle predicted in what is known as the Standard Model of particle physics.
His current research topics include quantum information science in high energy physics, electroweak symmetry breaking, and experiments that test the boundaries of the standard model of physics.
Baker has received numerous awards and honors, including the Edward Bouchet Award from the American Physical Society, in 2002, for “his contribution to nuclear and particle physics; for building the infrastructure to do these measurements; and for being active in outreach activities, both locally and nationally.” He was also the recipient of the Elmer Imes Award for Outstanding Research by the National Society of Black Physicists and the National Conference of Black Physics Students. He has also received the E. L. Hamm Sr. Distinguished Teaching Award and the National Award for Teaching Learning and Technology. In 2017, he was honored as a U.S. ATLAS Distinguished Researcher.
He is a graduate of Massachusetts Institute of Technology, where he earned a B.S. in physics, and Stanford University, where he earned an M.S. in both physics and mathematics, in 1983, and then his Ph.D., in physics, in 1987. In 1989, he was appointed staff scientist at the Thomas Jefferson National Accelerator Facility in Virginia and associate professor at Hampton University. Since 2006 he has been a professor of physics at Yale. He is also former director of the Yale Wright Laboratory.
This article is adapted from a Yale News release from April 12, 2021.
External link:
https://news.yale.edu/2021/04/12/keith-baker-appointed-d-allan-bromley-professor...
https://news.yale.edu/2021/04/20/faculty-arts-and-sciences-scholars-named-endowe...