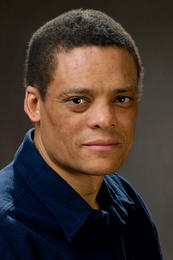 On April 6, 2021, the Phyllis A. Wallace Dean of Diversity and Faculty Development in the Faculty of Arts and Sciences and Professor of Physics Larry Gladney gave a talk at Yale’s new STEM and Social Inclusion lecture series, discussing his life and career as a scientist.

Before joining Yale in 2019, Gladney was the Associate Dean for Natural Sciences and Edmund J. and Louise W. Kahn Professor for Faculty Excellence in the Department of Physics and Astronomy at the University of Pennsylvania.  He is an African-American scientist who grew up in East St. Louis, Illinois before receiving a Bachelor of Arts in Physics at Northwestern University and a MS and PhD in Physics at Stanford University.  He did experimental high-energy physics at the highest energy and highest luminosity particle colliders in the world for 20 years while also doing extensive outreach and education with students and teachers from middle school through college.  In 2004, he moved his research from particle physics to experimental cosmology while working as a visiting scientist at the Lawrence Berkeley National Laboratory with the Supernova/Acceleration Probe group of Saul Perlmutter (Nobel laureate for the co-discovery of the accelerated expansion of the universe).  In addition to numerous leadership roles at universities and national organizations, Prof. Gladney is engaged with mission planning for a new telescope to explore dark matter and dark energy – the Simonyi Telescope at the Vera C. Rubin Observatory.  This new telescope, still being constructed, is set to make first observations in 2022-2023 as the start of a 10-year project called the Legacy Survey of Space and Time (LSST).  LSST, in addition to mapping the billions of years of history of universal expansion, will drastically increase our knowledge of our Solar System, provide the most detailed map of our Milky Way galaxy, and provide a decade-long movie of tens of billions of transient objects.