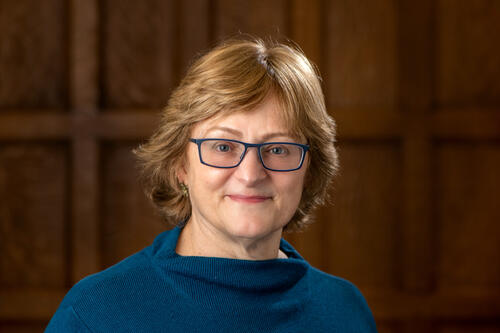 Urry, the Israel Munson Professor of Physics and Astronomy in Yale’s Faculty of Arts and Sciences and director of the Yale Center for Astronomy & Astrophysics, joined the Yale faculty in 2001. She is a former chair of the Department of Physics.

The award citation lauded Urry “for her remarkable contributions to our understanding of a wide variety of topics in extragalactic high energy astrophysics, for establishing the unification paradigm of active galactic nuclei, her work on the origin of the extragalactic X-ray background, and for her tireless advocacy and support of women and underrepresented groups in science.”

In 2015, Urry won Yale’s Edward A. Bouchet Leadership Award for her efforts to increase the number of women and members of minority groups in science, and in 2010 won the Women in Space Science Award from the Adler Planetarium. She is the founding physics instructor for the Global Teaching Project, which provides advanced courses to promising high school students in underserved areas, beginning with a pilot program in rural Mississippi.

“It’s an incredible honor to receive this inaugural award, which I share with the wonderful students and colleagues whose brilliant work built our understanding of active galactic nuclei,” Urry said. “The intellectual contributions of dozens of Yale students and postdocs, in particular, led to today’s comprehensive picture of supermassive black hole growth.”

Urry will accept her distinguished career honor at an AAS meeting in Hawaii in March, where she will deliver a keynote lecture.

This article is taken from the Yale News article of January 17, 2023 by Jim Shelton. Please see below for the original article and to the American Astronomical Society for further information.