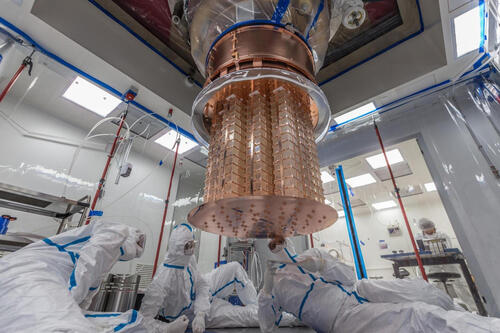 December 4, 2020 is the 90th anniversary of the neutrino, a mysterious, ghostly particle that passes through most matter in the universe without being affected.

The neutrino was first proposed in a letter from  Austrian theoretical physicist Wolfgang Pauli on Dec 4, 1930.  For more information about the origination, and to see the letter, please see the Symmetry article “Neutrino Invention”.

Since the first experimental observation of the neutrino in 1956, we have learned a great deal about neutrinos. The discovery of neutrino oscillation, for which the 2015 Nobel Prize in Physics was awarded, showed that neutrinos have mass, yet many questions remain. The neutrino may be its own antiparticle, and the nature of neutrinos continues to challenge the Standard Model of physics.

Many laboratories across the globe are celebrating the neutrino’s birthday this week and there is also a new hashtag trending on twitter, #neutrino90.