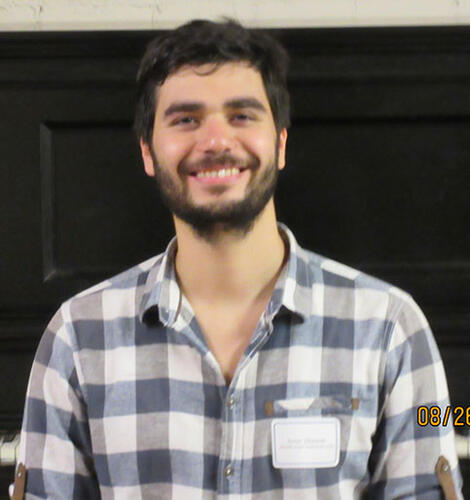 Albayrak explained “The conformal symmetry is ubiquitous in science, and quantum theory of fields with this symmetry is invoked in numerous models both in particle and condensed matter physics. The key point of these conformal field theories is their universality: the very same model can be utilized to explain both the water at its critical temperature and the uni-axial magnet at its Curie temperature. The conformal bootstrap program aims to classify and solve these theories, which would ultimately help our understanding in seemingly different contexts in many branches of physics: from the scattering of particles in curved spacetime to the symmetry breaking in superconductors. My thesis extends this analytic effort into previously unexplored theories; in particular, to the models of fermionic operators (mathematical objects analogous to particles with half-integer spins such as electron or proton). These new results can shed light on the theoretic description of various phenomena, such as the phase transitions in graphene or the gravitation attraction between two fermions in curved spacetime.”

Albayrak will be joining the String Theory Group at the University of Amsterdam as a postdoctoral associate.

Thesis Abstract: In this thesis, we analyze unitary conformal field theories in three dimensional spaces via analytic techniques of conformal bootstrap program through correlation functions of nonscalar operators, in particular Majorana fermions. Via the analysis of these correlation functions, we access several sectors in the spectrum of conformal field theories that have been previously unexplored with analytic methods, and we provide new data for several operator families. In the first part of the thesis, we achieve this by the large spin expansions that have been traditionally used in conformal bootstrap program for scalar correlators, whereas in the second part we carry out the computations by combining several analytic tools that have been recently developed such as the Lorentzian inversion formula and the weight shifting operators with the harmonic analysis for the Euclidean conformal group. We compare these methods and demonstrate the superiority of the latter by computing correction terms that are inaccessible in the former. A better analytic grasp of the spectrum of fermionic conformal field theories can help in many directions including making new precise analytic predictions for supersymmetric models, computing the binding energies of fermions in curved space, and describing quantum phase transitions in condensed matter systems with emergent Lorentz symmetry.