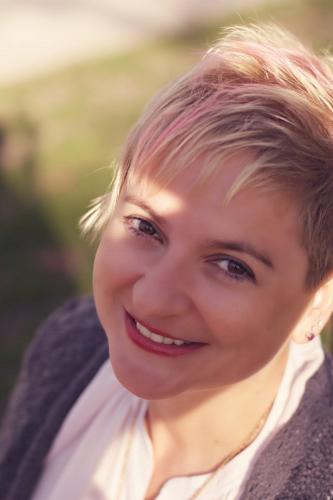 Theoretical physicist Ágnes Mócsy is a professor of Physics and Astronomy at the Pratt Institute, Brooklyn, NY. For the 2018-19 academic year she is a Visiting Professor in the Physics Department as part of the Yale Presidential Fellow Program. Ágnes’s current career focus is interdisciplinary, as she is an engager of science as muse for art and design, explorer of the gender and racial landscape of science, and is a public speaker, performer and promoter of science. Her first documentary film, Smashing Matters: Behind the Science Scene, premiered at the New Haven Documentary Film Festival in 2017. In 2016 she was elected Fellow of the American Physical Society. Previously, Ágnes held positions at the Niels Bohr Institute in Copenhagen, Denmark, as Alexander von Humboldt Fellow at the Goethe University in Frankfurt, Germany, and at the RIKEN-BNL Center at Brookhaven National Laboratory, Upton, NY.