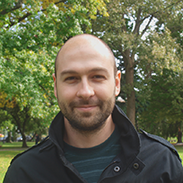 Welcome to Mislav Balokovic who comes to us as a YCAA Postdoctoral Fellow working in Astrophysics with Meg Urry.

He will be working with Prof. Urry on better understanding the co-evolution of supermassive black holes and their host galaxies. His research interests in astrophysics include observations and theoretical modeling of active galactic nuclei.

Most of his work is based on data from X-ray telescopes in Earth’s orbit. As a member of several large collaborations (NuSTAR, BASS, EHT), he is also actively involved in ground-based observations of active galaxies at optical, infrared and radio wavelengths. More details can be found on his (old) academic website: https://www.astro.caltech.edu/~mislavb

He has been an amateur astronomer for a long time, and enjoy spending time sharing the excitement of astronomy with the general public through public telescope viewing events, lectures, and more recently, graphical and other published media. As a member of the Event Horizon Telescope (EHT) collaboration, which successfully produced the first spatially resolved image of a black hole, he coordinated the outreach efforts of the collaboration on the global scale, including the announcement of the first image in April 2019.

Away from astronomy, he enjoys cooking and baking, long walks and spending time outside. In the recent pandemic times, he became a big fan of board games and an avid “settler of Catan”.