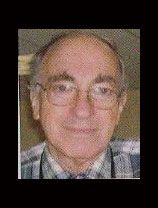 William Lichten died on November 27, 2014 at Westchester Medical Center in Valhalla, New York, after a short illness.  He was 86 years old.  His work was characterized by an abiding interest in scientific research, mainly in physics but also in quantitative psychology.

William Lichten’s undergraduate research was in the psychophysics of perception at Swarthmore College in the laboratories of Hans Wallach and Wolfgang Köhler, and at the Harvard Psycho-acoustic laboratory with George Miller.

His graduate research was done at the University of Chicago.  His Ph.D. thesis was his first experiment on metastable molecules and laid the groundwork for his later experimental research.  In 1956, he went to Columbia University as an N.S.F. postdoctoral fellow in the laboratory of Professor P. Kusch and and worked with I.I. Rabi (Nobel Laureates 1955 and 1944).  Later he was a research physicist in the Columbia Radiation Laboratory.

William Lichten joined the Physics Department of the University of Chicago as an Assistant Professor. His work at Chicago centered chiefly on metastable hydrogen molecules, involving studies of level crossing spectroscopy of atoms.  He also collaborated with Ugo Fano and Michel Barat on the theory of diatomic molecules and atomic collisions.  In 1963, he was appointed Associate Professor in the Physics Department of the University of Chicago, with a joint appointment in the Institute for the Study of Metals. He joined the Department of Physics in the Graduate School of Yale University as a Professor in 1964, where he served until his retirement in 1998. His experimental research at Yale consisted of precise radio frequency and laser measurements of molecular and atomic energy levels.  This included a determination of the Rydberg constant to 11 significant figures and the first laser spectroscopy of the electronic states of molecules. In 1968, he was elected a Fellow of the American Physical Society. At the time of his death, he was a Professor Emeritus of Physics and Engineering and Applied Science in Yale College and the Graduate School, and a fellow of the Koerner Institute for Emeritus Faculty at Yale..

William Lichten also had a long-term interest in education, and he taught introductory physics in the New Haven Public Schools, wrote a student guide to data and error analysis, and also taught in the Yale M.A.T. and undergraduate Teacher Preparation Program.  Late in his career, he became interested in the nature and assessment of intelligence and of academic achievement, and his most recent paper addressed the use of measures of intelligence in capital criminal cases.

William Lichten is survived by Susan Lurie Lichten, his wife and co-author on his first scientific publication (Am J Psychol 63: 280-2, 1950), by Michael, Stephen, and Julia, his children, and by Nathaniel Lichten, Josephine Lichten, Molly Lichten, Adam Geber and Katharine Geber, his grandchildren.