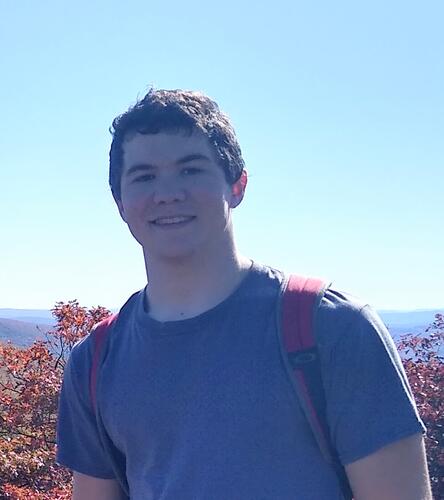 Zach Andalman, ‘23, who has done research in the Strontium Lab with Assistant Professor Nir Navon, was featured in the September 8th (volume 1) issue of the Yale Society of Physics Students’ newsletter. This was the first in a regular series of articles spotlighting an undergraduate student. See below for full interview.

Tell us a little bit about yourself

I am a rising sophomore and physics major in TD (the best res college). I’m from Evanston, IL and I have two little brothers and a German shepherd mutt. I’m the treasurer of the Yale Triathlon club and a project leader for YUAA, Yale’s aerospace club. I love endurance sports, the outdoors, Settlers of Catan, Monty Python, and science fiction.

What are the extiting research projects or other activities you have done at Yale?

Since spring of 2019, I’ve been working in professor Nir Navon’s Strontium lab. The goal of our lab is to cool Strontium atoms down to nanoKelvin temperatures to study quantum many-body systems. Specifically, we’re hoping to study quantum cellular automata and quantum gates for use in quantum computers. The lab is still in its infancy, so I’ve been working on designing a lot of the electronics and optics. I’m also working on creating a new experimental control software for AMO physics.

I’ve also been closing up some loose ends from my previous research with Northwestern professor Alexander Tchekhovskoy, where I analyzed a general relativistic hydrodynamic simulation of a star being torn apart by a supermassive black hole, known as a tidal disruption event. We just submitted our paper to arXiv at https://arxiv.org/abs/2008.04922.

Outside of the lab, my main activities are YUAA and triathlon. Last year in YUAA, I worked in the rover group to build a rover payload for the YUAA rocket. This year, I’m leading a project where we will be designing and building an ornithopter, a plane which flies like a bird. In the Triathlon Club, I’ve done olympic and sprint distance triathlons in New York and Massachusetts. In the spring, I did a training trip with the cycling club in the Blue Ridge Mountains of North Carolina.

What is your favorite remote working spot?

I like to work in a room of my house which my family calls the sunroom because it gets lots of natural light. 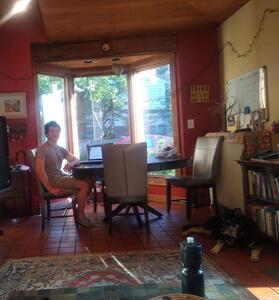