Eileen Pollack, B.S. ‘78 on “Building a community of women scientists” 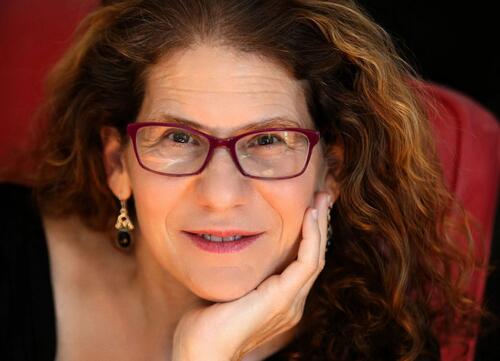 On March 25, 2021, Yale Physics alum Eileen Pollack, ‘78 B.S. discussed “Building a community of women scientists,” a collaborative event between Women in Science at Yale (WISAY) and Poland’s Nencki Institute.   The event provided an opportunity for scientists in Poland and the United States to learn from Pollack’s research on the cultural, social, psychological, and institutional barriers confronting women in STEM, to brainstorm with allies on how to promote gender equity in STEM internationally, and to form new networks with scientists from another institution.

Pollack is the author of a variety of fiction and non-fiction works, including the book The Only Woman in the Room: Why Science Is Still a Boys’ Club, and is one of the first two women to earn a Bachelors of Science (B.S.) from the Yale University Physics Department.   A longtime faculty member and former director of the Helen Zell MFA Program in Creative Writing at the University of Michigan, Eileen now lives and works in Boston.  Read more about Pollack here.

Israel Munson Professor of Physics Meg Urry, who regularly writes and speaks about increasing the number of women in science said, “As a physics major at Yale in the 1970s, Eileen Pollack experienced the isolation and self-doubt that can impact any ‘outsiders’.  The first step toward building an inclusive community in physics is understanding what it’s like to be in a minority group, which she captured beautifully in her book, The Only Woman in the Room.”

Urry continued, “In my twenty years at Yale, I have seen time and again how women coming together builds community and success.”

Erin Lippitt, ‘22, current co-president of the undergraduate student organization Yale Women in Physics (WiP) said that “the communities of women in science [at Yale] exist both informally, when we turn to the few other women in our cohorts to support one another through classes, and formally, through organizations such as WiP.”

Lippit continued, “For me, our WiP community has been a space that allows me to open up and see that I am not alone in the obstacles I face and the questions I have, especially when I was a first-year, first-generation student navigating the transition into college.“

However, Lippitt expressed concern that “these communities are under constant threat of disappearing due to institutionalized factors that push underrepresented scientists out of their fields.”  She urged that Yale Physics and other physics communities not “isolate the issue to being solely about gender,” and to take action to support and include women of color, transgender women, gender nonbinary students, and students with disabilities who are in the field.  Lippitt remarked, “As students, we will continue to strengthen and lean on the communities we have become a part of, but we also require institutional changes if our presence in science is to be sustained.”

Lippitt, referencing the title of Pollack’s book, said, “We don’t just want a spot in the ‘boy’s club,’ we want a restructuring of the system that allows us to all safely and equitably pursue our love of physics.”

Helen Caines, Chair of the Yale Physics Climate and Diversity Committee (CDC), said that in the years since Pollack was an undergraduate at Yale, the physics department has made significant efforts to improve the climate and diversity of its members. Some examples are below:
Caines added, “our goal of fostering a productive, safe, and stimulating work place is an ongoing initiative, and the Yale Physics community is continuously actively thinking about further ways we can improve.”
External link:
https://eileenpollack.com/
https://physics.yale.edu/diversity-equity-and-inclusion